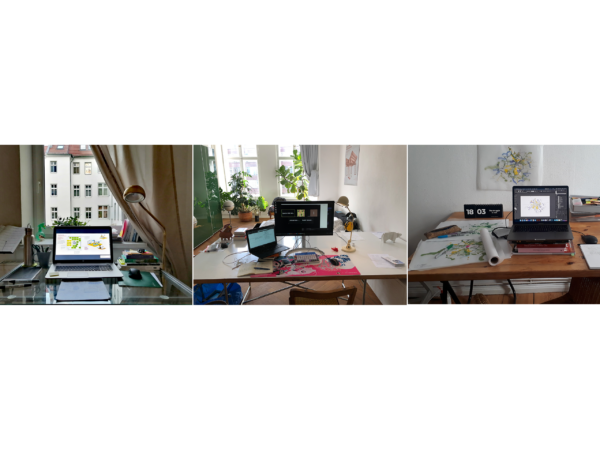 An experimental period – The Dusseldorf project as a case study

In the development of a city-wide strategy for the provision of toilets in the city of Düsseldorf, TSPA and Zebralog planned a series of workshops with the city administration and other stakeholders. This last workshop was aimed to present and prioritise the possible locations for new toilets and involve the invited participants —about 40 people including the project team—in the decision making process. However, the workshop could not be held as planned due to the corona outbreak.

We asked Anna Schulenburg to tell TSPA more about the development of the workshop and the learning outcomes regarding remote work.

In the middle of a pandemic crisis, How could we enable stakeholders to give us feedback and input in our current projects without a ‘face to face’ interaction?

The workshop migrated to a digital format. With the help of two digital tools, Zoom and Airtable the concept was presented and followed by a discussion. The workshop participants then provided feedback via an online form.

Which were the outcomes of a new remote format?

The positive outcomes of this format was firstly for the participants to be able to overcome distance, secondly data was easier to process and thirdly both the local authorities and the concept team developed a new skill set of online work.

Martin Görtzen, part of the management team in Düsseldorf, considered the digital approach „a great tool that helps the Düsseldorf city administration to move projects forward despite the current situation. The results are clear content progress and positive feedback from all participants on the new format“. He participated in the online workshop with Zebralog for the „Toilet Concept“ project.

What still can be improved?

Having a remote workshop, however, faced some challenges such as the limited interaction between the participants  because there was no real time answer comparison and the fact that some participants did not join due to the digital gap.

In this case the adaptation was, to a certain extent, easy. But if the workshops aimed to include the general public it would entitle a different scale and it would face a generational gap in which not everyone could be included especially some elderly people.

Could this format be useful for future projects that have a participation component?

This workshop is considered a leading example by the client as a digital participation workshop. In future, we would prefer to have a longer planning and preparation period. The smaller discussion groups could be replaced by small calls in groups, to then go back to the main big plenary. This would give the participants an even better chance to voice their thoughts in a smaller and more comfortable setting.