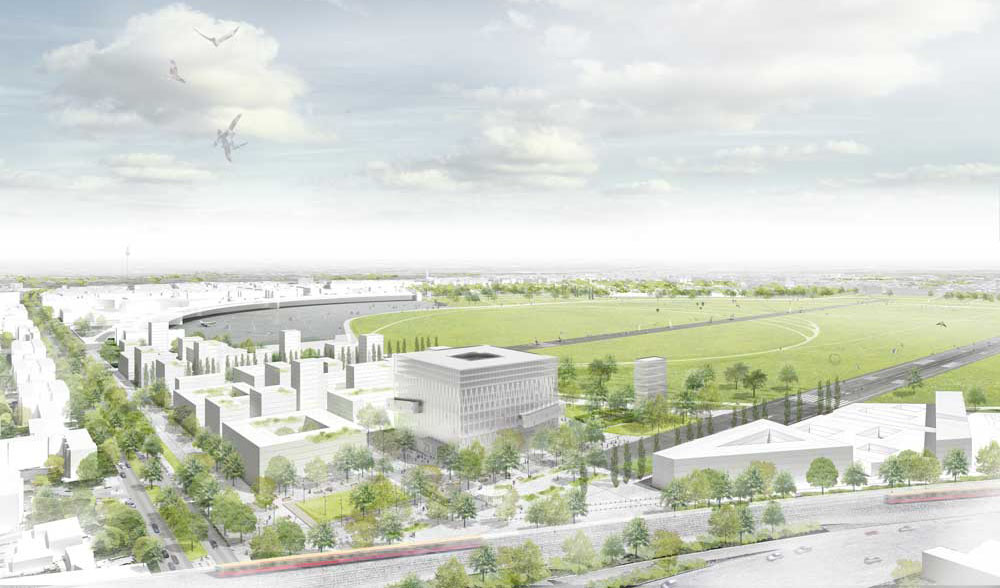 Uberbau (Urban Design) in collaboration with MARS (Architecture) and Treibhaus / Lavaland (Landscape) win one of eight equal prizes in the open international ideas competition ‚Zentral- und Landesbibliothek Berlin‘ for Berlin’s new central library and its adjoining city quarter. The new centre at the fringes of the projected city park on the Tempelhof airfield forms part of a larger urban regeneration scheme for the district, including a new quarter around the central library complete with a central city square. The urban design re-interprets the Berlin block and creates a permeable, non-directional public network of small public spaces organised through a mix of building types with a focus on flexible typologies for various uses and users. The library serves as a landmark that contrasts with the monumental wideness of the airfield. Concentrating the building mass into a compact cube frees up space for a public square for a variety of temporary and other uses such as community gardens. The design of the new central library achieves a highly efficient programme that can fulfil long-term logistical and practical demands.