All posts in External 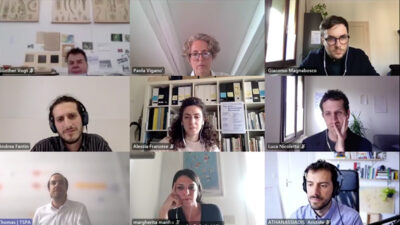 Thomas Stellmach started by presenting the bridge between global challenges, such as rapid population growth, resource consumption and climate change, and the added layer of «the unexpected» when it comes to city planning. Exemplifying with his work together with UN-Habitat, he concluded that we are still looking at the city as an answer to complex social problems. He considered that the nuance is to shape the city in a way that it becomes renewable is the way urbanisation is developed.

What a great project — repository of open spatial data for cities: http://www.opencitiesproject.org. contribute!