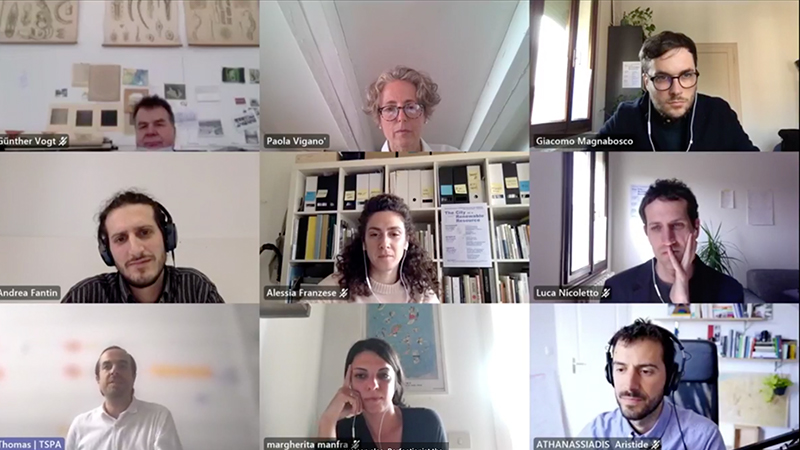 This approach considers that space is relevant for planning projects, but it also needs to be addressed through its relation to legislation and the right governance approaches, as well as economy and financial flows. Finally he considered that cities need a systemic approach to look at themselves, “what we need to shape is a system that can absorb these changes, such as the integrated nature driven approach”. Thomas  mentioned that the struggle now relies in the implementation of these projects and in the local action.

After a question about the political dimension of the city project and the inter scalar and inter disciplinary dimensions of the project as ground of political decisions, Thomas considered  that “it is impossible to plan without being political – the moment we draw a line, we take a decision to enfranchise or disenfranchise”, and Paola Viganó added “Hence I would like to emphasise the ethical dimension of planning”.